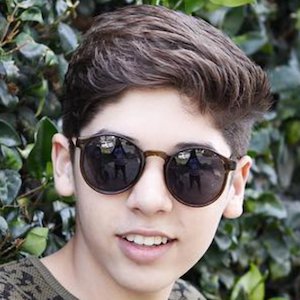 MARIO SELMAN Contact Phone Number, Social profiles Branding | Basic Profile Info- Mario Selman is a famous singer and a musically star. He has got a large fan following in social media. He is a famous musically star with 2.6 million fans and about 420,000 followers on You now.  He often collaborates with his friend Baby Ariel in his Musically and YouNow videos. He is also a part of Youtube’s Collaborative channel ” Our Journey” which has also other social media and Musically stars such as Weston Koury, Nick Bean, Baby Ariel and Loren Beech among others. He went on a tour called Part Of My Story with 99 Goonsquad and Juwany Roman recently. His two sisters Cat Selman and Nacha Morel are also very famous Musical.ly personalities and Mario often collaborates with his sisters on Musical.ly videos.

Mario was born in Chile and was brought up in a very ethnic atmosphere. He had got the passion of singing since childhood and even practiced and rehearsed with local musicians.  Seeing the ability and talent in their son, his parents shifted to South Florida where he can get the chance to showcase his talent. Success did not come that easy to Mario. In 2014, he created his youtube channel but unfortunately did not get noticed. He gained popularity when he started posting videos in Musical’ly and YouNow.  He often posts videos of his singing and comic videos for his fans. People have become a fan of his singing skills which can be justified by the number of followers he has on Instagram and twitter. His two sisters who are already Musical’ly celebrities help him in selecting the content for social media and often collaborates with him in his videos.  He is a self- confessed fan of famous YouTuber Connor Franta.